As I'm sure everyone's aware, this past weekend BeGeistert 029 took place, once again in Dusseldorf, and in fact, the Coding Sprint is still going. After not being able to attend last year, I made sure to be there this time and it was, as usual, a fun geeky weekend. This time there were about 17 of us, so not the highest head count of all time but it was still good for a laugh.

Let's see what I can remember happened...

Update: Humdinger has posted his own report over at Haiku's website with links to the presentation videos!

Update 2: And here's a coding sprint report written by Adrien!

This time around I was the first one to arrive at the Hostel (yay!) and had to wait about 15mns before the next one got there, which turned out to be Axel. After another while, Charlie and François arrived and it turns out I was not the first one (boo!), since François arrived in DUS at... 6 in the morning, after taking the night train (and having his money stolen there, which sucks). As the evening went on, a few more attendees arrived and overall Friday was a very quiet evening, though it did see the first BG-originated-commit, from Axel if I recall correctly.

As usual, everyone else arrived on Saturday and started working on different projects, such as the launch_daemon and clang. Speaking of launch_daemon, on Saturday evening Axel took the stage and a discussion followed on what name to give the command with which to operate the launch_daemon (as in, getting information, etc). The name that ended up being picked was launch_roster. Here's a photo of the occasion: 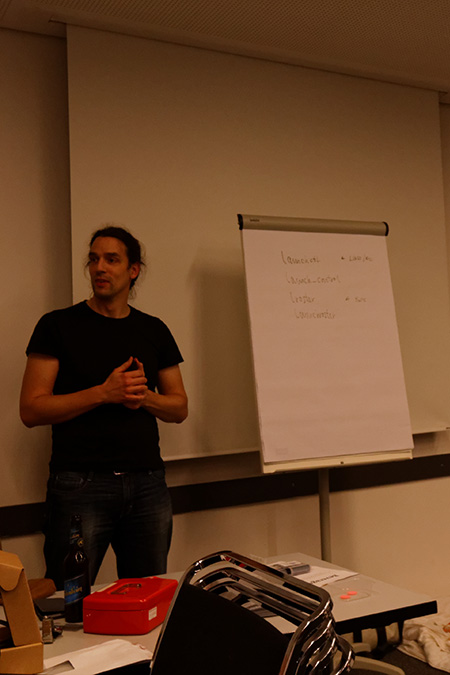 As is also the norm on Saturday, most of us went into town for dinner, this time to a Spanish restaurant. Dinner was fun and it was, of course, followed by a nice glass of Killepitsch! A glass which, being small and shot-like, I like to drink like it was a shot, though others (looking at you Charlie) prefer to sip it slowly. Amateurs... 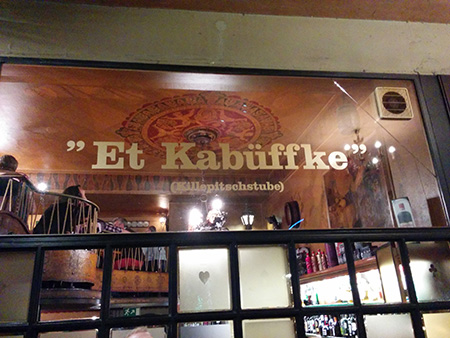 Sunday was presentation day and things kick off early with Julian (aka jua) presenting his work on the app_server, intended to improve not only the rendering speed of WebPositive, but to extend the app_server's capabilities. It was a very interesting presentation and the demo at the end, impressive, though Julian is the first to say there's still further room for improvement and adding even more functions. His goal at the time was to merge his work by the end of the Sprint.

After Julian's presentation, it was Axel's turn. His presentation was, of course, on his launch_daemon work, comparing it to the current setup in terms of, for example, flexibility, and also on how he would like to improve it further, in the coming weeks. Following each presentation there was a QA session which as usual, led to further discussion about the work they're doing.

The final presentation of the day (and of BeGeistert) was François' slide-fest (132 if I remember), where he went over a list of most (but not all) of his porting projects. I didn't take any photos during the presentations because I was filming them, along with Humdinger, who should have the videos up on his YouTube page in the not-so-distant future. I did take some other photos though, which you can see below, including one of Haiku's newest (in more ways than one): 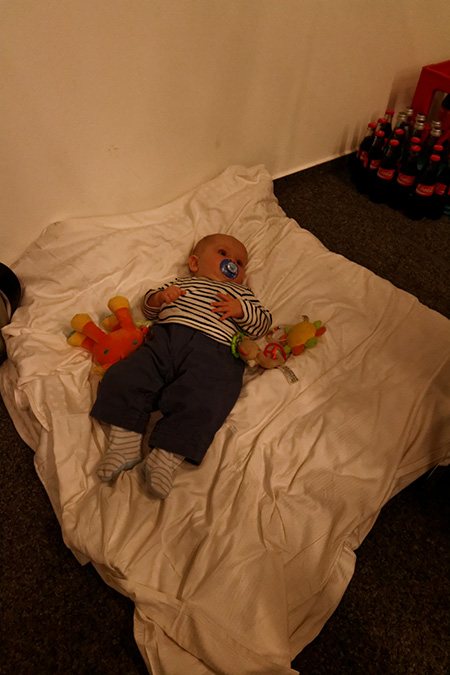 And here are some more photos, ending with a nice pano shot from the Rhein, near the hostel: 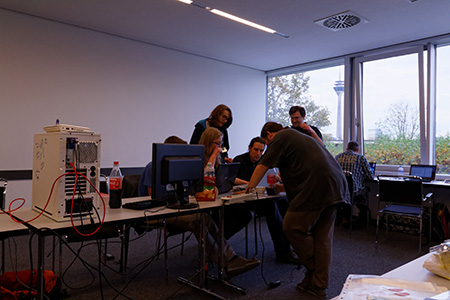 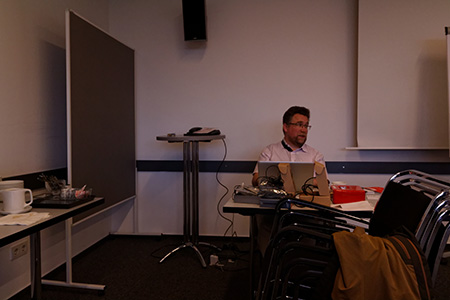 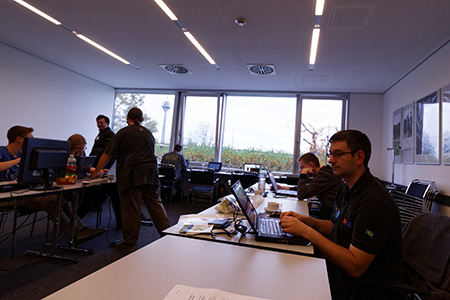 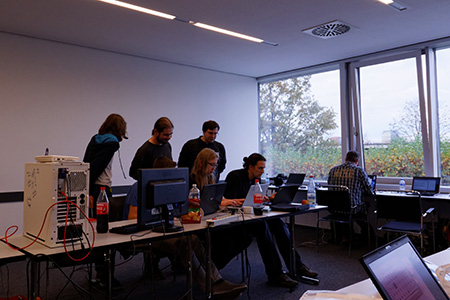 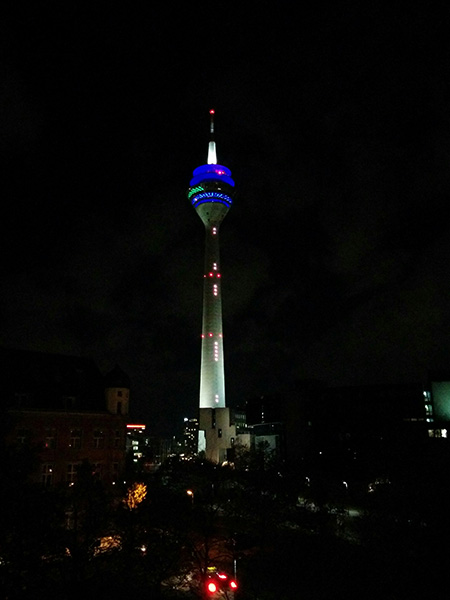 (the lights vertically aligned on the tower above, are actually a clock, showing hours, minutes and seconds, from top to bottom respectively, showing this photo was taken at 22:30:52)

As Sunday moved on, people started leaving and about mid-afternoon it was my turn, only those attending the Sprint staying behind. Overall, it was a fun, though not particularly busy BeGeistert and I'd like to thank Charlie, Humdinger and the HSA for once again making it happen.

We have 808 guests and no members online